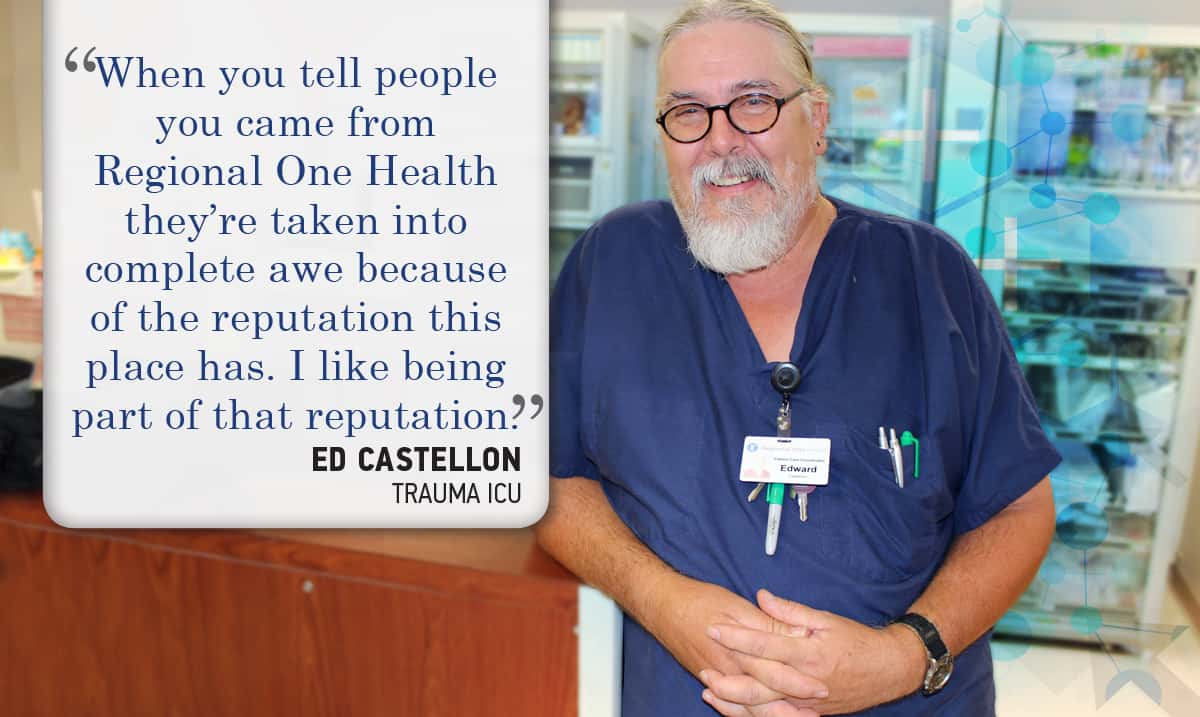 Ed Castellon rides a motorcycle to work, plays golf to let off steam and treasures his Scuba adventures around the world.

Maybe those outside interests explain how this 36-year nursing veteran has spent 34 of those years in critical care, particularly working with patients dealing with intense situations. He jokes that it possibly speaks to his mental state. Maybe that’s part of it, and hitting a lot of golf balls probably does help him relax.

But Castellon credits a strong work ethic and a desire to help the sickest patients that keeps him going. The ability to make a difference with those patients is what attracted him to Regional One Health, where he’s the Patient Care Coordinator in the Trauma ICU.

“The sicker the patient the better nurse I am,” he said. “I become more attuned to things. I’ve never had an issue with hard work and this is hard work. I wanted to put broken people back together and this is one of the best places in the country to do it.”

Castellon isn’t a robot. In fact, the Upstate New York native admits he still has emotional moments. One of them is when he recalls the early years in his career before he made his way to Memphis.

A young patient – no older than 5 – was rushed to the emergency room. It turned out she needed her tonsils removed. But things went wrong, and she ultimately was removed from life support. But everyone was emotional and didn’t want to do it.

Castellon hit the switch, even though the little girl wasn’t his patient. He still gets choked up thinking about it all these years later. It was that moment he also decided to continue his nursing career in critical care, working with broken patients in great need.

Castellon finds the work rewarding, even if he doesn’t always hear how his patients end up doing in life once they leave the ICU. He uses a golf story to illustrate the exception. One day a few years back he was on his home course in Southaven when two men waved for him to play through. As he did, the younger man started to scream at him. 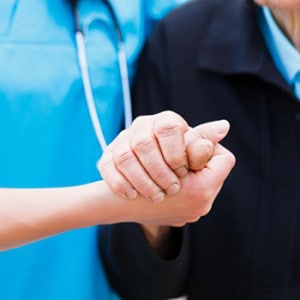 “The sicker the patient the better nurse I am.”

“He was in a bad car wreck four or five years ago,” Castellon said, recalling the moment the young man recognized him. “He was banged up pretty bad. He’s out here playing golf with his uncle. He had a catch in his hip and I could see his trach scar. But at the time he was driving a school bus for a living and he was happy. Well, a couple of months ago his uncle flagged me down. He has now graduated from Ole Miss. That was nice to hear.”

Castellon has worked at a variety of hospitals through his career but he finds the Regional One Health Trauma team unmatched. He said there is a trusting relationship by everyone for everyone, exactly how a well-oiled, high-functioning team must operate.

“If you want to make a difference and if you want to cry over these wonderful success stories I get to experience this is the place to be,” he said. “Some of our former nurses who have done travel assignments and they tell people they came from Regional One Health they’re taken into complete awe because of the reputation this place has. I like being part of that reputation. It’s hard work, it’s sad work sometimes but even in the sad times we can still make a difference. There are a lot of people out there today having life again because of our work here.”

Are you interested in joining Ed and the nursing team at Regional One Health? Learn more about our great group of A-Team nurses and all of our open positions at RegionalOneHealth.org/Nurses.