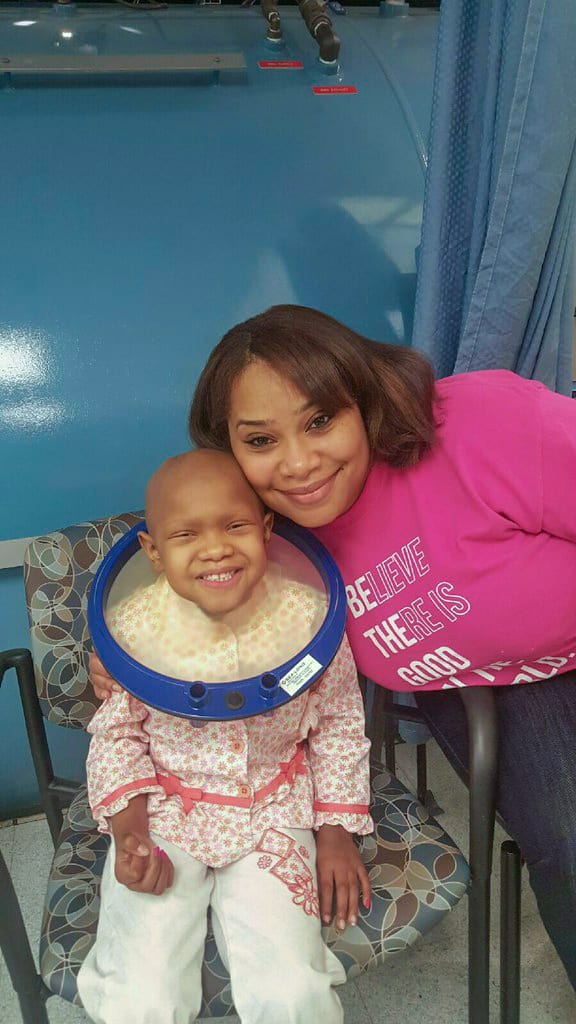 Trinity and her mom, Sherry, before one of her HBOT treatments.

Trinity Cunningham was 3 when she was diagnosed with a malignant brain tumor. It was May 2015, and over the next year and a half she underwent chemo and radiation treatments to the brain and spine as a patient at St. Jude Children’s Research Hospital.

Following treatment in February 2016, Trinity developed early delay complications from radiation. Her speech became slurred and she couldn’t walk. She lost abilities and use of a hand. St. Jude referred Trinity to the Wound Care Center at Regional One Health, where she underwent hyperbaric oxygen therapy (HBOT) treatment.

“After treatments we noticed she began to improve,” said her mother, Sherry Cunningham. “When they first removed her brain tumor she had a twitch in her right eye. During that first week of HBOT we noticed that eye healed and she no longer had the twitch. After treatment she started getting her abilities back.”

Hyperbaric – or pressurized – oxygen encourages the growth of blood vessels in wounds. The increase of white blood cells fights infection in the wound and promotes healing. The U.S. Navy certifies Regional One Health’s Wound Care Center, which is one of only three facilities in the region to offer HBOT. It’s the only facility in the area with accreditation from the Undersea and Hyperbaric Medical Society.

Patients from across the region are referred to the Wound Care Center for HBOT treatment, including those at St. Jude. Young Trinity found the HBOT “submarine” an adventure.

“She wasn’t scared,” Sherry said. “I told her she’d be like an astronaut. She thought that was fun. They put on the TV for her and they had a coloring book and crayons.” 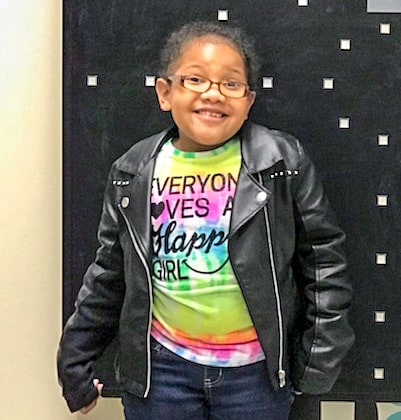 Today Trinity is thriving and in remission.

Those early moments before HBOT treatment were scary, though. Trinity was on a high-dose steroid and didn’t look or act like herself. A scan revealed radiation necrosis, a potentially long-term central nervous system complication of radiation therapy.

“That was a nightmare,” Sherry said. “She held a banana and we didn’t know why she held it like she did. It was like she lost her grip. Her back was falling back. She was losing trunk support. I remember her trying to get up off the couch and she’d fall. They told us HBOT would reverse what was going on. We immediately saw changes when she did therapy.”

That was in late February 2016, and Trinity began to immediately gain some of her abilities back during treatment. She completed her final HBOT treatment that May.

Now, more than two years later, her cancer is in remission and she’s almost back to 100 percent. HBOT treatment helped Trinity go from an inability to walk to now standing on one leg and running. She can walk up and down stairs, her speech is again understandable and she’s able to write, something she couldn’t do a year ago.