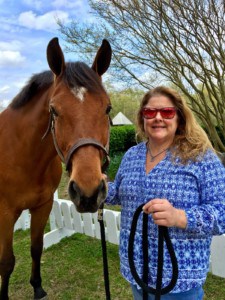 “I would tell anyone who thinks they might need it to try it. The HBOT chamber expedited my healing process,” Lauren Bihm said.

Lauren Bihm doesn’t dive. She recently traveled to Mexico, but she wasn’t interested in scuba diving.

Lauren’s had 40 diving experiences, though, all in a “submarine” in the Hyperbaric Oxygen Therapy chamber in Regional One Health’s Wound Care Center.

Lauren was diagnosed with cervical cancer in November 2016 and underwent radiation treatments last year. She reacted poorly to the treatments and suffered burns from the radiation.

She was referred to Regional One Health’s Wound Care Center for Hyperbaric Oxygen Therapy treatments to ease the pain and treat the radiation burns. Lauren doubted the effects of diving in the HBOT chamber.

Wounds need oxygen for proper healing, but air is only 21 percent oxygen.

Hyperbaric – or pressurized – oxygen encourages the growth of blood vessels in wounds. This increases the wound’s white blood cells, which fight infection and promotes healing that Lauren needed.

“When I first started I was in so much pain from radiation I couldn’t sit,” she said.

After two weeks of treatment, Lauren started to see a difference.

“This is crazy. Why am I doing this,” she said she wondered over those first couple of weeks. “Whoever heard of getting in a submarine in Downtown Memphis. It sounds insane but about two weeks in the pain reduced drastically and I got better. I can’t explain it but I remember saying, ‘Oh my God, I am better.’ And that was so important because it was a long, hard bleak road.”

Lauren completed 40 dives over a few months, ending just after Thanksgiving 2017. She did up to four or five dives in a week.

Lauren’s dives consisted of three 30-minute oxygen treatments with breaks. Every time the helmet was taken off she’d walk the submarine, getting to know the other patients also on the HBOT dive. She usually dove with a few others. The dive always has a nurse to monitor patients.

Before she started HBOT treatments, Lauren said the pain was unbearable. She tolerated it best by walking.

“At home I can tell you how many steps it is from the bedroom to the washing machine. It hurt so bad I had to walk,” she said. “It didn’t hurt as bad while walking. I could do something besides sit there and absorb the pain.”

Today, she’s cancer-free and recovered from the radiation damage. She’s even back to riding horses, something she couldn’t imagine possible just a few months ago. She thanked HBOT and the Wound Care Center team that helped her through that dark time.

“I was skeptical when it started,” Lauren said. “They proved me wrong. I would tell anyone who thinks they might need it to try it. The HBOT chamber expedited my healing process.”