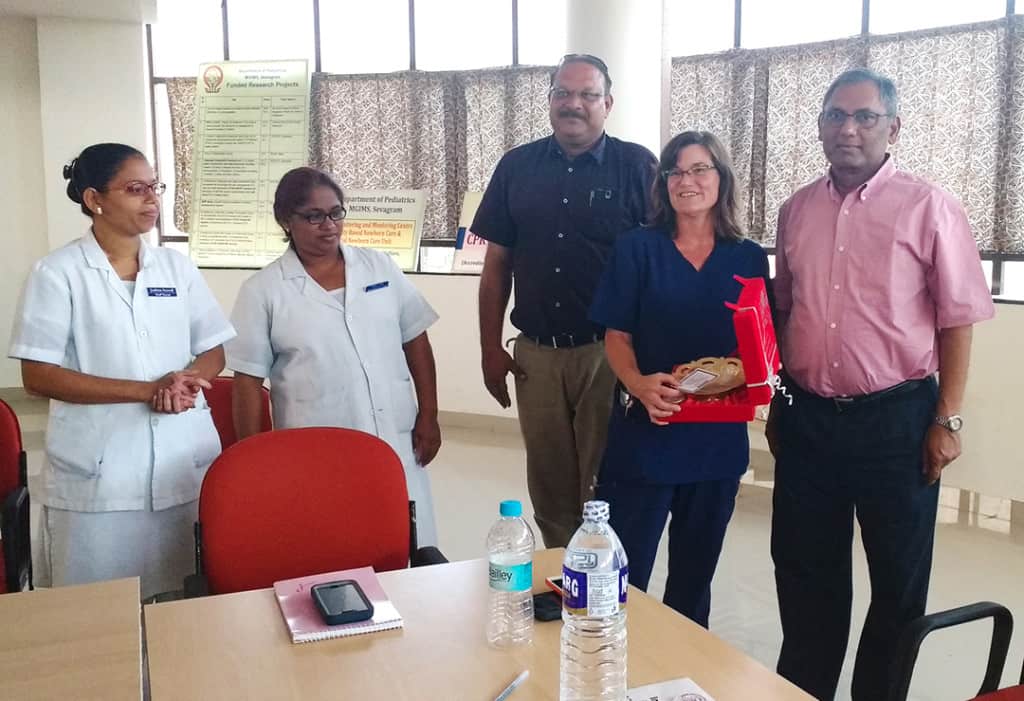 Regional One Health has one of the oldest and largest neonatal intensive care units in the United States. The Sheldon B. Korones Newborn Center has treated more than 45,000 premature babies successfully since its opening in 1968, and its success is largely thanks to a multidisciplinary approach to care.

The rural aspect of the college and hospital is part of the challenge, where many patients come from high poverty situations and have difficulties accessing health care.

“They’re very grateful for whatever help we could give,” Dr. Dhanireddy said. “I felt, and I think Kelley agrees, there is so much low-hanging fruit that wouldn’t require much investment to improve significantly the outcomes for babies there. It’s a culture they’re willing to change for the better.”

Dr. Dhanireddy was approached a year and a half ago about improving the hospital’s neonatal services. He visited family in India in February and he took time to also visit the hospital, which spurred ongoing conversations that led to the two-week visit in September.

“As I kept talking to them I realized we really need good nursing direction there,” Dr. Dhanireddy said. “The nurse-doctor relationship in the hospital is hierarchical there. Nurses are hesitant to speak freely and they follow orders. I felt we need to change the culture and bring a concept of multidisciplinary teamwork and show them what nurses can do as full partners in neonatal intensive care units.”

Enter Smith, who Dr. Dhanireddy said possessed the leadership skills, including how to organize services and work with physicians.

Smith and Dr. Dhanireddy’s introduction to the team in India began via webinars so when they arrived at the hospital they were able to immediately get to work including numerous conversations with hospital leadership, physicians and nurses, as well as talks to students at the nursing college there.

Many of the differences between Memphis and India were cultural, including the nurse-doctor relationship. But there also are personnel shortages, so the Regional One Health team helped the hospital find solutions with minimal staffing additions.

“I walked around and looked at every baby. On that day I would have had 10 nurses to care for that many babies here at Regional One Health. They only had two nurses,” Smith said.

We knew it was unrealistic to tell them they needed 10 so we compromised and said six. It was truly a humbling experience for me. They were so grateful and appreciative of the things we had to offer. And they taught me as well. I became quite efficient in placing a ‘nappie’ on a baby. That’s what they use as diapers. It is a piece of cotton placed between two pieces of gauze, cut into a triangle. It was a challenge at first. You don’t realize how good you have it until you don’t. There was no Velcro to help secure it. If a mom wanted to have plastic diapers like we have here in the U.S. she would have to buy them herself and bring them to the hospital.”

“We suggested quite a few improvements, such as thinking in a more evidence-based care way,” Dr. Dhanireddy added. “Sometimes there is disconnect from theory to practice. It was gratifying that I received a note from them that they’ve implemented some of the changes already. We’ve been leaders at Regional One Health for the state of Tennessee for the Golden hour. We tried to implement some of those interventions, some very low-cost efforts like moving monitors and securing oxygen cylinders.”

The relationship didn’t end when Smith and Dr. Dhanireddy returned to Memphis. In fact, the India team is hopeful for regular return visits. That’s possible, as is frequent webinars. The plan is for Regional One Health to continue to serve as a valuable resource as the hospital continues to build its neonatal care. 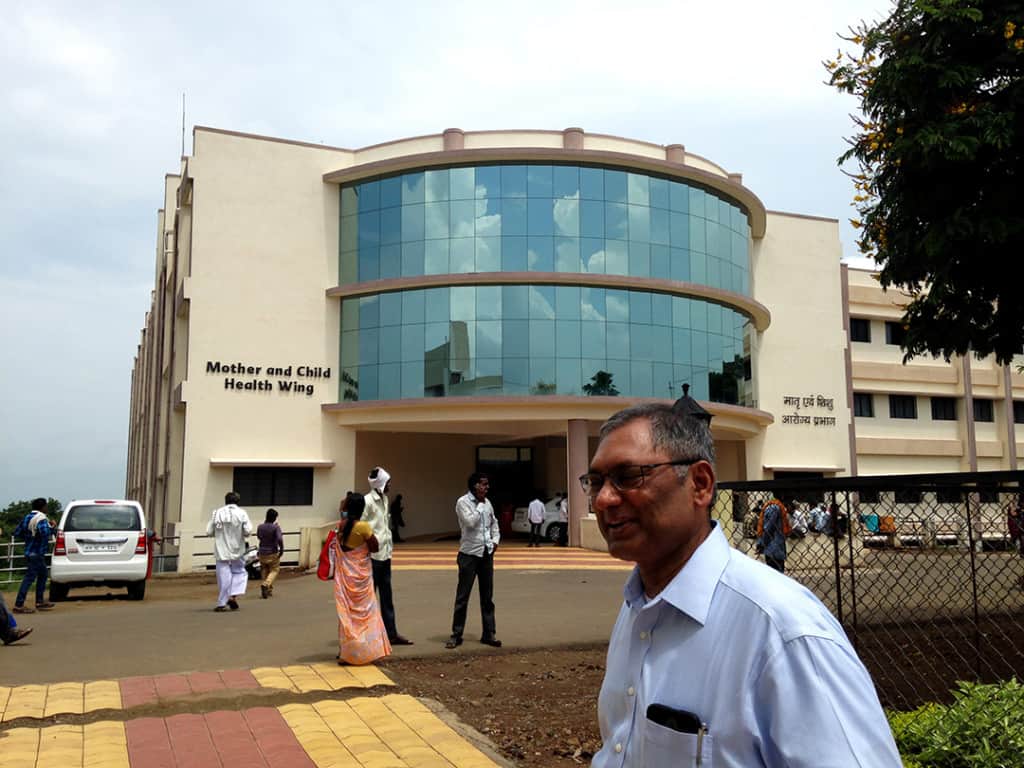 Sheldon B. Korones Newborn Center Medical Director Dr. Ramasubbareddy Dhanireddy, MD, said the doctors, nurses and staff they met with in India were grateful for the help provided.

“They need a roadmap on how to move forward. Rome wasn’t built in a day and so it’s going to take time,” Dr. Dhanireddy said. “It’s encouraging for me and Kelley how well they received our ideas for improvement. What is gratifying is for a minimal investment of our time we can do a lot of good there.”