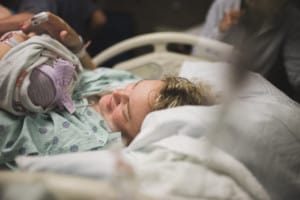 When Sarah Irby returned to Memphis with her husband in 2015 after living in Nebraska for a couple of years, she recently had given birth to a son with the assistance of nurse midwives. She knew that if she had another child she wanted to again deliver with the care of a nurse midwife.

Before she got pregnant, Irby researched and discovered Regional One Health is the only hospital in the Memphis area that has Certified Nurse Midwives who deliver babies.

“I met the midwives and loved them,” Irby said. “Midwives are individualized with one-on-one care, they listen to your wants and needs instead of pushing their own agenda.”

Irby was always intrigued by the idea of delivering with a nurse midwife. Growing up in northern Nevada, she now credits childhood friends with planting the seeds after they had moved to Oregon and experienced home births. 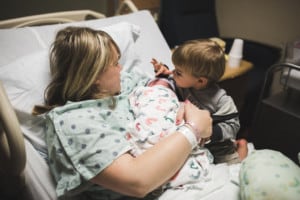 Irby found herself in the Bluff City to study at the University of Memphis, earning her bachelor’s and master’s degrees in psychology and Ph.D. in school psychology. She spent two years finishing her Ph.D. requirements in Omaha, Nebraska. It was there where she received her introduction to midwifery. Home births weren’t legal there, but she was familiar with nurse midwives.

“I was sold on the idea of having a midwife because even before I got pregnant I received regular medical care from a midwife there,” Irby said. “When I got pregnant I stayed with the group where there were six midwives. I liked the idea.”

When she moved back to Memphis Irby said she appreciated the care received from the tight-knit group of Certified Nurse Midwives at Regional One Health. Meeting everyone in the group gave her the comfort that there would be no surprises come delivery day.

“With only six midwives that’s more possible,” she said. “They spend the time with you. They’re talking to you, checking on how you’re feeling physically and emotionally. It’s not like an in-and-out appointment.” 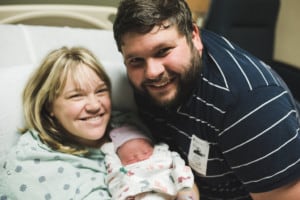 Irby’s pregnancies were low risk, but she was induced both times. Physicians are on hand during deliveries at Regional One Health in case a need arises. Irby said a physician attended rounds with her nurse midwife the day of delivery, but she never had a reason to step in to provide care.

Irby didn’t have a birth plan, other than requesting delayed cord clamping and immediate skin-to-skin contact after birth. She appreciated the extra attention she received leading up to the induction, little touches such as having the personal cell phone number of her Certified Nurse Midwife, Brenda “Breia” Loft, CNM, MSN.

Irby spent about 36 hours in the hospital and she said every Regional One Health Certified Nurse Midwife checked on her at least once at some point during her stay.

“I really loved having my midwife there,” Irby said. “They’re so much more present during your labor and delivery. Breia was there in the room with me when I needed her to be and then would leave when we tried to sleep. She was very present.”

If you’re interested in learning more about Regional One Health’s Certified Nurse Midwives, please visit RegionalOneHealth.org/Midwives or schedule an appointment at our Hollywood Primary Care location by calling 901-545-6969.