Dale Nevels was diagnosed with Parkinson’s disease 12 years ago. He was determined to not let it affect his life.

He has continued playing golf, and more than a year ago took up boxing. He takes two lessons a week for about two hours per day. He said he lives for it. 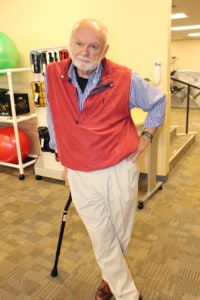 But one part of his disease that became a struggle was speech, particularly with his job as a packaging broker that requires him to have regular conversations with customers.

“I realized last fall I was talking to clients and they’d say they couldn’t understand me,” Nevels said. “I was difficult to understand. It was difficult to have a conversation with my wife or someone at church. My speech pattern was rapid fire.”

“When I went to see Johnna my speech was rapid fire. People couldn’t understand me. She helped me learn to slow that down,” said Nevels.

Nevels completed the LSVT Loud program with Johnson at Regional One Health’s Center for Rehabilitative Medicine. Johnson is one of six LSVT LOUD-certified clinicians in Shelby County. LSVT LOUD is a speech treatment that improves vocal loudness by stimulating the muscles of the larynx and speech mechanism through a range of exercises.

Patients work with Johnson four days a week for one hour at a time over the course of one month. But the work continues at home; Johnson goes over daily homework assignments that help patients improve and maintain their speech. That constant maintenance is followed up three months later.

Like many Parkinson’s patients, it was a slow process to realize what was going on for Nevels. He began noticing tremors in his hands and a general achiness in his arms. He traveled a lot, which made it worse.

“The tremors were the worst thing,” he said. “I couldn’t figure out why my hands were shaking. My doctor said I had a Parkinson’s walk. I’ll always remember that. It’s like if you ever get stopped by the highway patrol and asked to walk a straight line. You can’t do it.”

A decline in his speech came later. Johnson said people with Parkinson’s experience a hearing loss of two to four decibels. So when they’re told to speak louder they often believe they’re screaming. When a new patient comes in she records their voice and plays it back to them so they begin to understand the difference between their perception and reality of their voice. Getting someone to speak louder also forces them to speak slower, making their speech easier to understand.

That’s where the LSVT LOUD program does its magic. But it also helps strengthen the tongue and throat muscles, which benefit more than speech. Long term, Parkinson’s patients can experience problems swallowing or have the need to cough when they eat. The No. 1 cause of death for Parkinson’s patients is aspiration pneumonia, and LSVT LOUD helps patients keep that at bay. 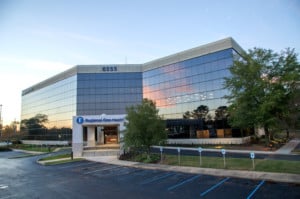 Johnson sees patients at Regional One Health Center for Rehabilitative Medicine at the East Campus, where 385 crosses Kirby.

“The program is designed so they will calibrate themselves and they can determine if they have a loud voice,” Johnson said.

The LSVT LOUD program also can work for people with multiple sclerosis and cerebral palsy.

Johnson said if someone notices a problem swallowing or coughing while eating that’s when they need to tell their physician who can make a referral to Johnson and Regional One Health.

Nevels’ one piece of advice to others diagnosed with Parkinson’s is to seek professional assistance to maintain speech. He said he can’t imagine recovering his speech like he has in recent months without the help of Johnson and the program offered at Regional One Health.

“Every Friday for 20 years I’ve had lunch with the same golf buddies. I started working with Johnna and now every Friday they help me, too,” Nevels said. “And every Friday they tell me, ‘You’re getting better. You’re getting better.’ It has been a great barometer. I also have friends with Parkinson’s in other cities I chat with a couple of times a week. They say they don’t have a speech therapist in their city who can do the things that have allowed me to do what I’m doing. I’m totally dedicated to the support Johnna has provided.”

Johnson sees patients at Regional One Health Center for Rehabilitative Medicine at the East Campus, located at 6555 Quince Road. To make an appointment with Johnson or learn more about our services, please call 901-515-5900.