The opportunity to help others is a common reason people go into the medical profession. But Dr. Steven Boggs, MD, takes that idea a little further.

Dr. Boggs is the newest anesthesiologist with UT Regional One Physicians and a member of the University of Tennessee Health Science Center Department of Anesthesiology, coming to Memphis in April.

He reasons there are plenty of professions that allow people to help others, from business to the clergy. But medicine allows someone to help while also using scientific principles. 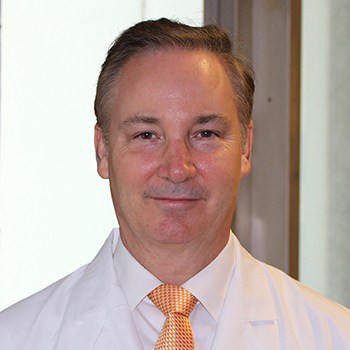 “Everybody says they want to help people and that’s important but there are a lot of helping positions,” Dr. Boggs said. “In medicine you have to also bring humanity. A problem I sometimes see is we get caught up with what we can do technically. But people are looking for that human touch.”

Dr. Boggs will help establish an anesthesiology residency program at UTHSC. He said that opportunity was an important factor in his decision to leave New York for Memphis.

As an anesthesiologist, Dr. Boggs is on the front lines of providing that human touch during stressful times for patients. He makes a point of putting patients at ease before he begins his work.

“People say anesthesiologists don’t have much contact but we have people coming in for one of the most stressful things of life,” Dr. Boggs said. “What we have to do is ensure them we’ll do an exceptional job for them. A lot of people can visualize what a surgeon is going to do but they have no idea what we’ll do.”

Dr. Boggs is an advocate of the human touch. He said he teaches students and residents to find an appropriate way to touch while with a patient, whether it’s getting a pulse, listening to the stethoscope or just talking to the patient.

“And if possible I always try to sit with patients,” he said. “As I put people to sleep I try to hold their hand or get the nurse to hold their hand. Sometimes it’s those subtle things that make a patient feel better.”

Dr. Boggs is originally from Albuquerque, New Mexico. He attended Washington University in St. Louis where he studied electrical engineering and biology. He earned his medical degree at The University of Chicago Pritzker School of Medicine and later received an MBA from The University of Phoenix.

In addition to private practice, Dr. Boggs spent nearly 11 years in the U.S. Air Force, including serving as attending anesthesiologist at Andrews Air Force Base and Bethesda Naval National Medical Center. His service somewhat followed his father’s footsteps; he flew B-26 bomber missions in the Pacific Theater during World War II and was later recalled to service to fly light reconnaissance missions over North Korea.

“…We get caught up with what we can do technically. But people are looking for that human touch.”

Dr. Boggs comes to Memphis from New York where he was the director of the operating room and chief of the Department of Anesthesiology at the James J. Peters VA Medical Center in the Bronx. He also was the attending anesthesiologist at The Mount Sinai Hospital in New York. During his years working in the VA hospital Dr. Boggs said he proudly displayed his father’s medals, something the veterans he served appreciated.

Dr. Boggs said he was happy in New York, a place where he could have finished his career. But an old colleague in Memphis reached out and asked him to have a look at the Bluff City. Dr. R. Lebron Cooper is chair of the University of Tennessee Health Science Center Department of Anesthesiology, and he sought Dr. Boggs to help establish the Anesthesiology Residency Program at the school.

Dr. Boggs shared stories of a couple of former patients to illustrate his belief in the importance of human touch. The first was a girl with leukemia he cared for while an intern. He received her in July and she died the following May.

“I remember going with the family and crying with them,” he said. “We wanted to do what we could for their daughter. I still remember her face. I think if you forget your patients something’s wrong.”

Another memory is happier.

“One day I went in to check on a little boy who had Down Syndrome and he looked up at me and said, ‘I like you. Will you give me a hug?’” Dr. Boggs recalled. “I almost cry when I think about it now. It was so sweet and innocent.”