Gail and Jeff Duncan cherish day-to-day moments with twins Garrett and Gunner knowing that it took high-tech science to get them there.

Doctors in Regional One Health’s Center for High-Risk Pregnancy performed a highly-specialized procedure after they diagnosed a rare condition that left the twins with only a 10 percent chance of survival.

Thanks to support from the Regional One Health Foundation, the center’s maternal fetal medicine team is able to offer this and other procedures. It’s the only place in the region where patients can access this care.

Gail Duncan remembers the procedure that saved her babies as something out of a sci-fi movie, with a parade of doctors in white lab coats and a laser aimed at her from across the room.

While the lead-up felt otherworldly, the ending to the story is entirely and beautifully human: two precious babies who are now busy, healthy little boys. 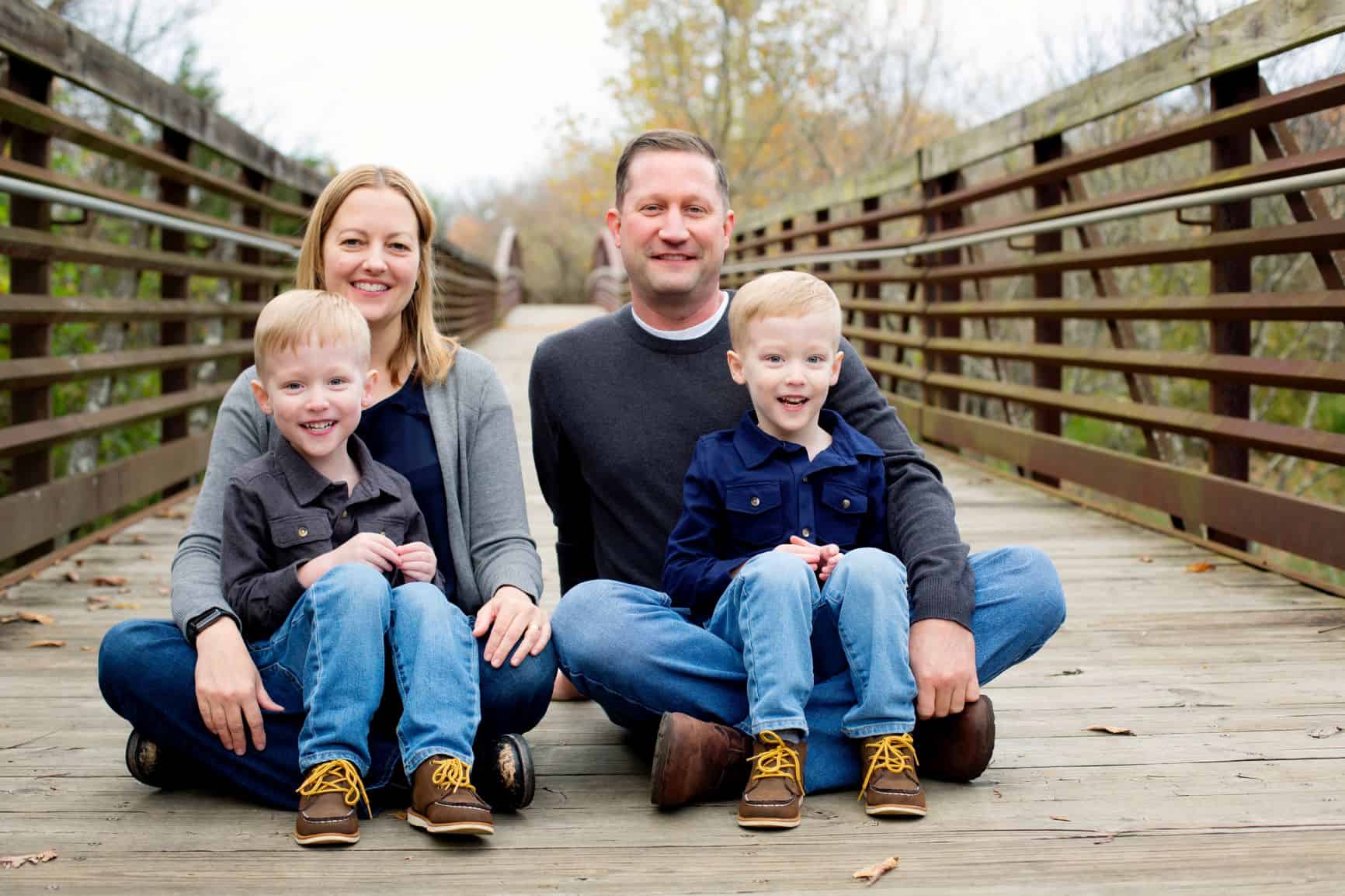 The Duncan family is forever grateful to Regional One Health’s maternal fetal medicine program. Doctors used equipment funded by the Regional One Health Foundation to perform a highly-specialized in-utero procedure that saved their twins’ lives.

Regional One Health’s highly-specialized Maternal Fetal Medicine program, the region’s only one of its kind, helped give Gail and husband Jeff that happy outcome. “It was an incredible experience. I truly believe we were meant to be in Memphis and to come across their group,” she said. “They’re fantastic. I can’t say enough about them.”

Gail and Jeff were moving to Memphis from Manchester, Tennessee, when she learned she was expecting identical twins, meaning she’d need close monitoring. Research led her to Giancarlo Mari, MD, FACOG, medical director of Regional One Health’s High-Risk Obstetrics Program.

“At my first appointment, they did a very thorough ultrasound,” said Gail, who was 21 weeks along at the time. “I remember very clearly that after the lady did the ultrasound, she kind of disappeared for a little while. Dr. Mari came in and started looking. I knew something was up.”

It was Twin-Twin Transfusion Syndrome, a rare condition where blood flows unevenly between twins sharing a placenta. Without treatment, Gail’s twins had a 10 percent chance of survival.

“Dr. Mari started telling me the options, including a laser procedure he said was the absolute best option. This was Wednesday, and he told me, ‘I can get you in Friday.’”

Gail scheduled the procedure, a Laser Ablation Placental Anastomoses, in which doctors use a camera to guide a laser through a mother’s stomach and uterus into the placenta. They laser abnormal connections, being careful not to disrupt healthy connections that benefit the babies. 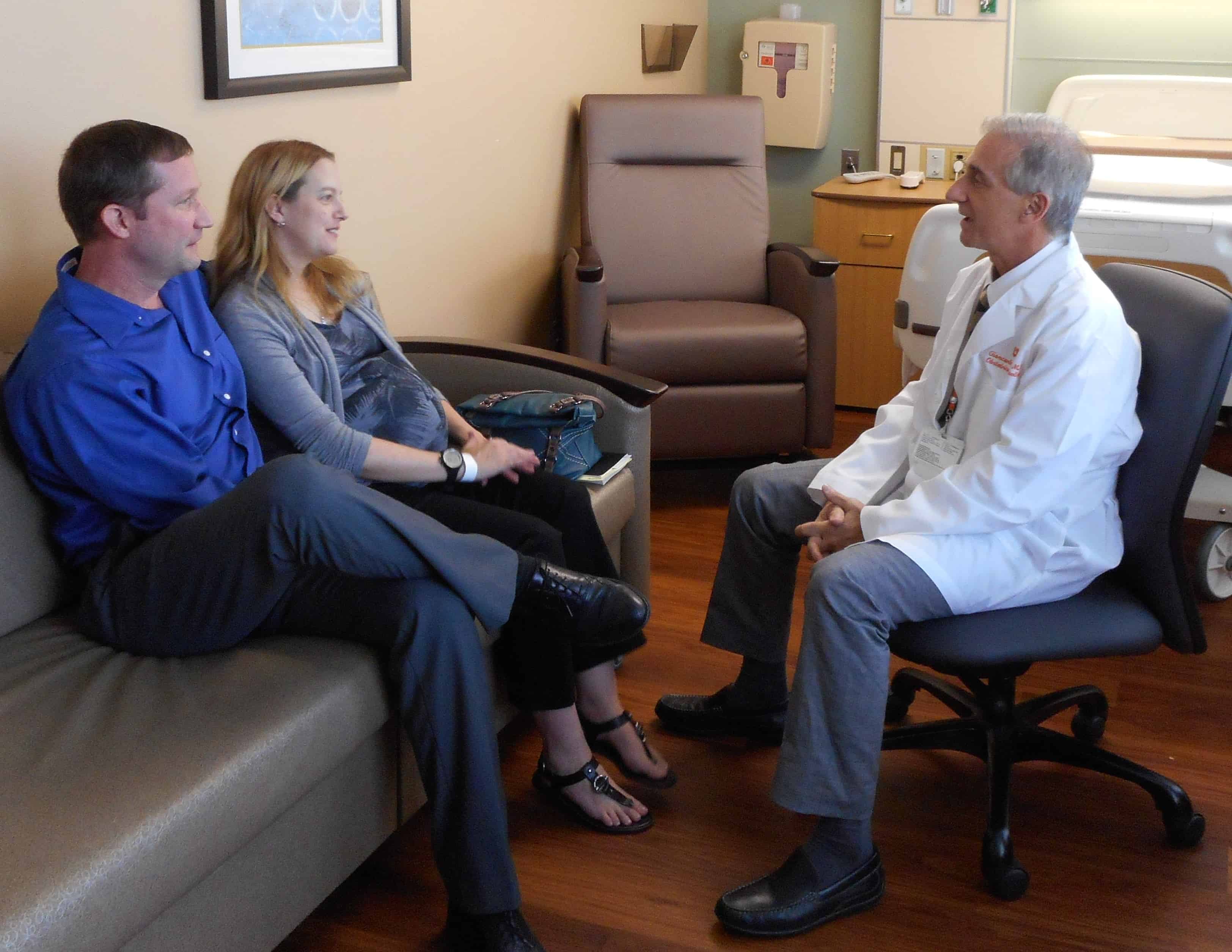 Gail Duncan said her procedure went perfectly and she knew she was in the clear when Dr. Giancarlo Mari, director of maternal fetal medicine, asked if she and husband Jeff had picked out names for their twins.

Gail was one of Regional One Health’s first maternal fetal medicine patients to undergo the twin to twin transfusion procedure.

This service was made possible years earlier when the health care system worked with Dr. Mari on assembling highly-specialized equipment funded by Regional One Health Foundation donors. They added Mauro Schenone, MD, and Pedro Argoti, MD to the team, and began preparing to treat patients.

They created strict standards, stating procedures must be the only way to prevent miscarriage or death, and stipulated that all surgeries be done at Regional One Health, where there are resources to protect both baby and mother.

Then, they trained tirelessly. “We worked very hard to prove we were ready,” Dr. Schenone said. “We wouldn’t take a patient until after many simulations where the team showed we were ready to go from assembly to checking equipment to lasering a placenta.”

Their diligence paid off for Gail, whose procedure went perfectly. “I knew things would be OK when Dr. Mari asked me if we’d picked out names,” she said.

Finally, at 35 weeks, Garrett and Gunner decided the time had come. Today, they are healthy, active, normal little boys. 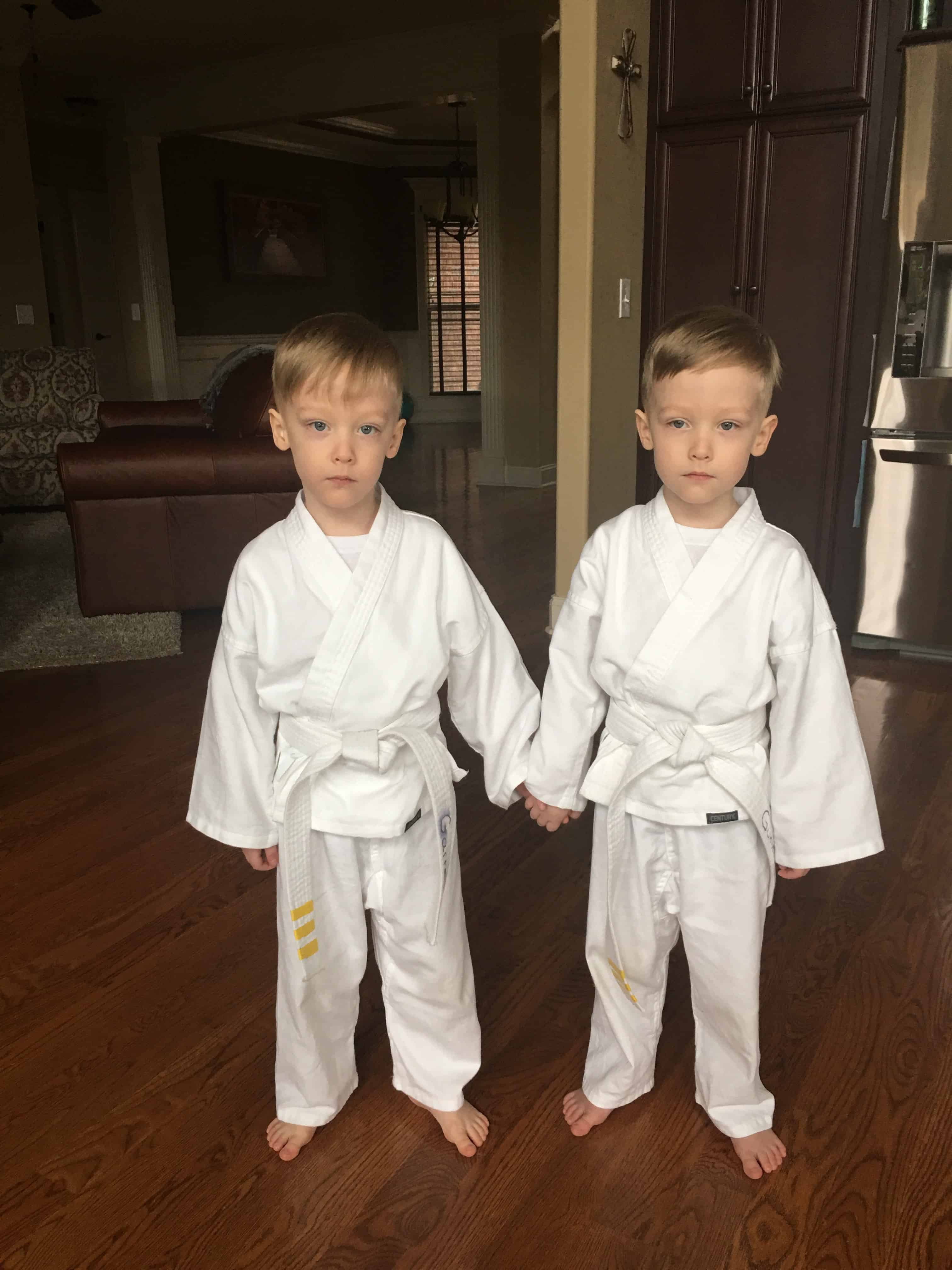 Today, Garrett and Gunner are normal, healthy little boys who enjoy karate, playing outside and riding their bikes.

Garrett takes being born two minutes before Gunner to heart. He’s more likely to take the lead, and loves to color and listen to books. Gunner is more active physically, with a big imagination and sense of humor. Both boys love karate, and they’ll start kindergarten next year.

“They’re just typical boys. They love to play outside and run and ride bikes,” Gail said.

She’s grateful to Regional One Health for giving them that chance. “I don’t want to think about what would have happened if we hadn’t found Regional One Health – one or both of them may not have survived,” she said. “I truly felt like they were rooting for us. They wanted the boys to be healthy, and they wanted to do everything they possibly could to get them there.”

That’s what drives the Maternal Fetal Medicine team, the only one in the region that treats Twin-Twin Transfusion Syndrome and other rare life-threatening conditions.

“It’s a very unique program,” Dr. Schenone said. “There are 10-20 centers in the whole country, and we’re one of them. In this area of the map, we’re it. The stakes are high, and babies are referred typically with a very somber prognosis. Our days aren’t always sunny, but those cases where you help a baby survive, it keeps you going. It’s a beautiful experience.”

To support Regional One Health as it gives patients of all ages a chance at life, visit regionalonehealth.org/foundation.