All Foundation News | All System News
2022-01-05T10:55:14-06:00December 21st, 2021|
PreviousNext
“We are joyful just to have him here:” As they celebrate the holidays, the Reids reflect on their son’s inspiring recovery from a sledding accident

Sam Reid was sledding with some friends when he was thrown into a metal tractor spike, which impaled him from his stomach to his neck.

Thanks to the lifesaving care and intensive rehabilitation therapy he received at Regional One Health, the accident does not define Sam’s life.

Instead, 2021 was full of milestones, including graduating high school, starting college and a new job, and standing up as best man in his brother’s wedding.

Every year for Christmas, Christie Reid buys her sons an ornament; something to mark the time in their lives, interests, and personality. For the Reid family, it’s fun to pull out the ornaments and remember the happy years gone by, and as her boys leave home, they’ll have a box of precious memories to take with them as they start their own families.

This year, for her son Sam, Christie chose an ornament with a single word: “Joy.” It’s a simple message, but for Christie and her husband Todd, it means everything.

“On the back, I wrote, ‘Sam, we’re so joyful we have you here this Christmas and for many more Christmases,’” she said. “This is the season of joy, and we are joyful just to have him here.”

There was a time when that wasn’t a sure thing. 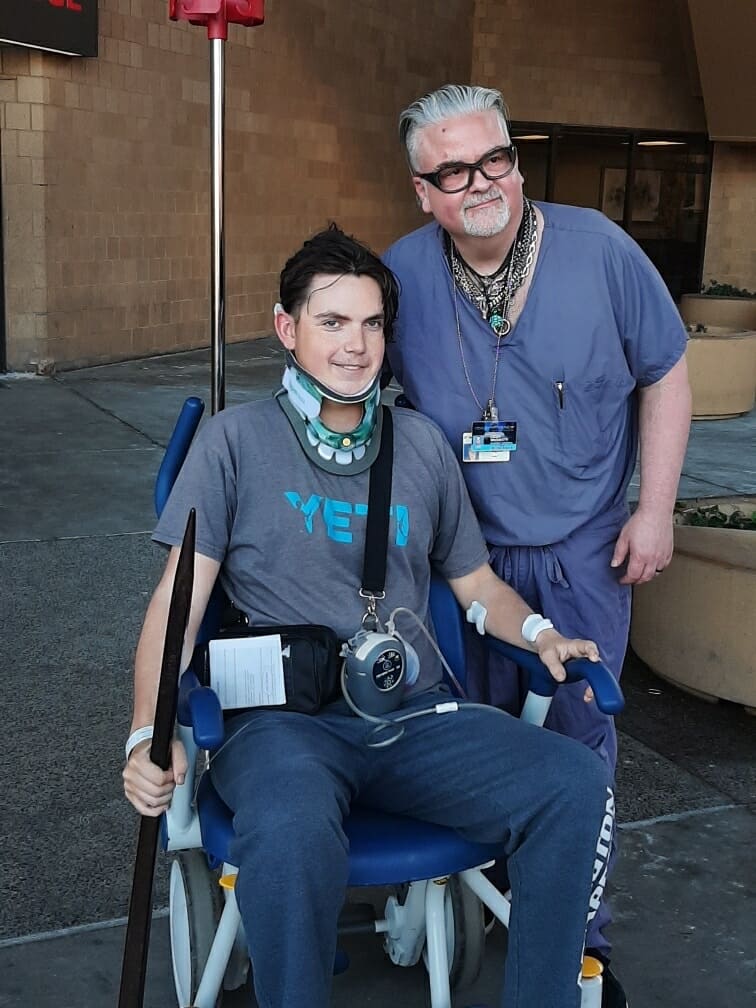 Sam was 17 and an Arlington High School senior in February when he and some friends set out to enjoy a once-in-a-Mid-South-lifetime snowstorm. They hitched a sled to a four-wheeler to take turns pulling each other through a field. During Sam’s turn, the rope connecting the four-wheeler and sled broke, and he was thrown off. In an instant, a night of fun turned into one of horror – he slid across the icy field, unable to stop, and became impaled on a metal tractor spike. The spike entered through his stomach and emerged through his neck. The paramedics had to saw off the spike and transport Sam with the object still inside his body.

Sam was taken to the Elvis Presley Trauma Center, the only level-1 trauma center for a 150-mile radius. Thanks to support from Regional One Health Foundation donors for technology, training and other resources, the facility has a multidisciplinary team ready 24/7 to treat critical injuries.

When Sam arrived, the highly trained doctors and nurses were ready. Surgeon Louis Magnotti, MD, MS, FACS and his team removed the spike and treated Sam’s injuries – the spike had just missed his heart and spinal cord, sparing his life, but he suffered lung lacerations, nerve damage, and breaks to small bones in his neck.

It was April before Sam was back home. Those early days were nerve-wracking, Christie says: “We were excited and relieved, but we wanted to make sure the healing process continued.”

Dr. Magnotti and Peter Fischer, MD, MS, FACS, trauma medical director, kept a close watch on Sam, seeing him weekly. The team even gave Christie and Todd cell phone numbers to call with questions or concerns: “Obviously, we didn’t want to abuse that privilege!” Christie laughed. “But with the type of accident he’d been in, there were so many unknowns. A couple of times we did reach out, and they were always quick to respond. As a mother, it really helped me take care of him.”

As the weeks passed, Sam continued to heal. He had countless doctor visits, more bloodwork than he cares to remember, daily doses of antibiotics, grueling therapy sessions, etc. 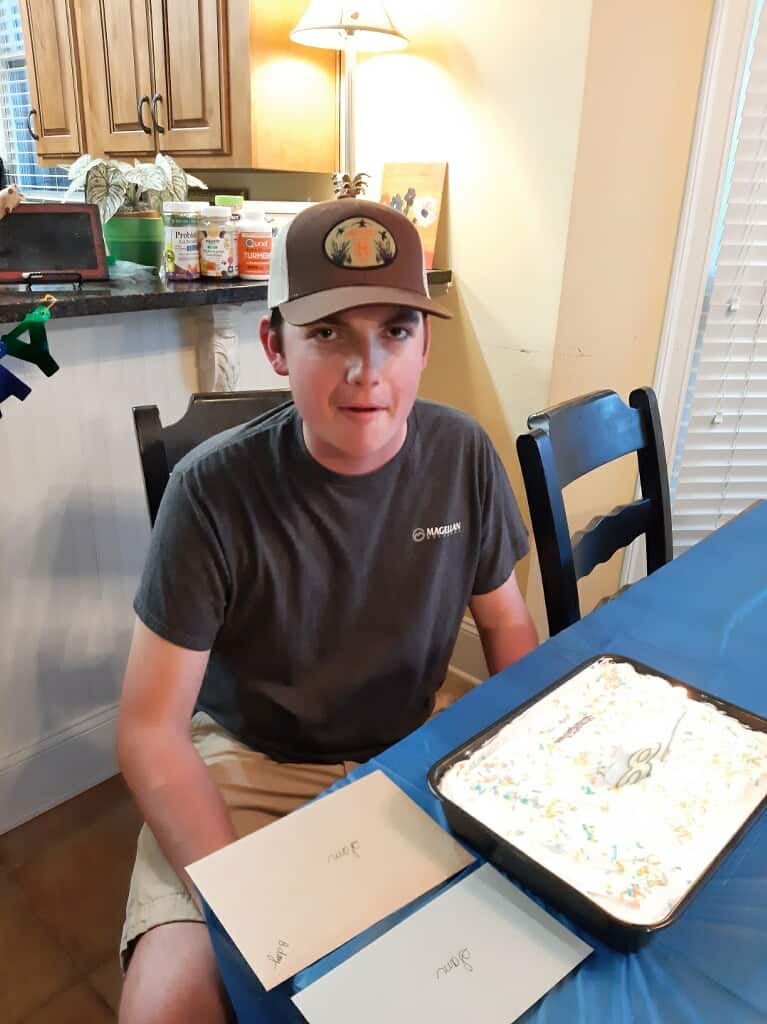 Since his release from the hospital, Sam has lived life to the fullest. He celebrated his 18th birthday, graduated high school, started college and a new job, and served as best man in his brother’s wedding.

In short, Sam lived his life – and it is in large part thanks to the care he received at Regional One Health, Christie says. “We’ll always be grateful – they saved his life. There’s no doubt about it. You don’t know the level of care they provide until you’re the one who needs it.”

“It was phenomenal. I wouldn’t have wanted anyone else taking care of him.”

Since then, every milestone has taken on extra meaning. “When he graduated and he was able to walk across the stage like everyone else, there are almost no words to describe it – happy, excited, relieved, proud,” Christie said. “We felt excited and blessed.”

Naturally, there have been challenges too. “It was his senior year, and a lot happens that year… college plans, career plans,” Christie said. “And for a while, he felt like everything was on hold, because his focus was on healing, regaining strength, going to therapy.”

Sam wants to be a mechanic and had enrolled at Tennessee College of Applied Technology before his accident. When COVID-19 prompted delays to the start of classes, the Reids figured Sam could use the extra time to heal and continue therapy to improve his hand strength.

But feeling stuck just being at home, Sam got a job at an auto parts store. “On his first day, a representative from TCAT called and said, ‘We’ve got you ready to start November 1,’” Christie laughed. “He went from feeling stuck at home to wishing for more time at home!”

Now, Sam is in school Monday-Friday and works 20 hours a week. It’s a busy schedule, but the Reids aren’t complaining. 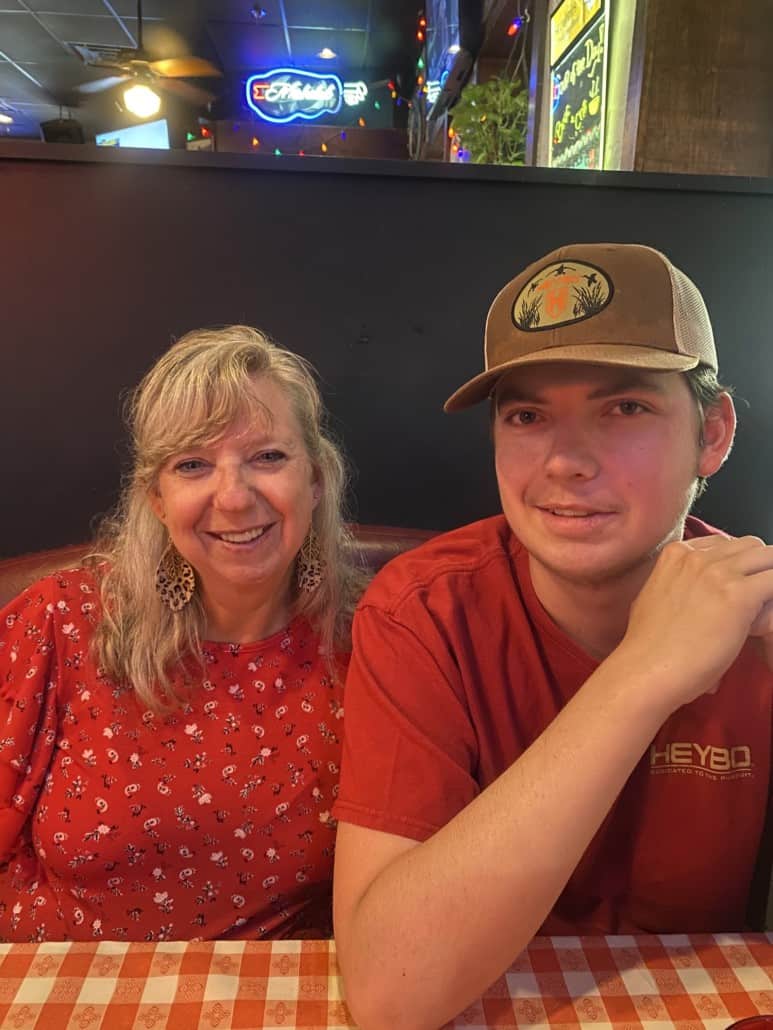 “We’ll always be grateful – they saved his life. There’s no doubt about it,” Sam’s mom Christie says. “You don’t know the level of care they provide until you’re the one who needs it.”

Instead, they’re reflecting on that simple word on Sam’s ornament: “Joy.”

“Life can change in an instant, and you aren’t promised tomorrow,” Christie said. “We realize what a blessing every day is.”

They also realize what a blessing a future is. There are still some medical steps ahead for Sam, like surgery to improve his grip strength, but his focus is the same as any young man: work, school, and starting his life as an adult.

Having watched her son go through an unimaginable ordeal, Christie has no doubt he will make the most of his second chance.

“A lot of people tell Sam, ‘God saved you for a reason. You’re going to do big things,’” she said. “Sam doesn’t really like the spotlight, so I’ve told him, ‘That’s all true. God did save you for a reason. But you don’t have to do something grandiose or something in the spotlight. You can empathize with someone in a crisis. You can be there for someone. You can listen to someone. And you can share your story. That can be your way of saying thank you.’”

“And I know he’ll be able to do those things…because he’s the strongest person I know.”

To support lifesaving care for patients like Sam, visit regionalonehealthfoundation.org