Lucia Ortega Perez came to the United States from Spain as an exchange student to improve her English, experience a different culture, travel, meet new friends. While she wanted to experience everything America has to offer, a stay at a level-one trauma center wasn’t exactly on her list. 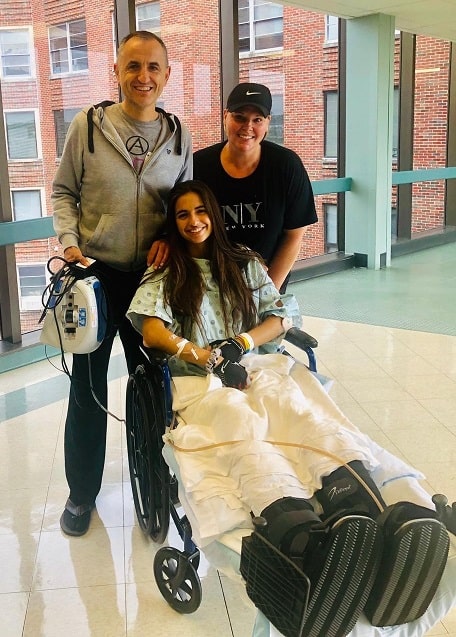 However, after being treated at Regional One Health’s Elvis Presley Trauma Center following a golf cart accident, Lucia, 16, is using the experience as another chance to learn, grow and get stronger – an outcome made possible by expert medical treatment and doctors who protected her from exposure to opioids that can prove dangerous to young patients.

“At first I was frustrated because I was thinking about how things could have gone differently, but now I feel good. I’m trying to stay positive and see the good side of it,” Lucia said.

It’s a lesson host mom Carey Snyder works hard to impart on exchange students she welcomes into her Tupelo home. Carey, who studied in Switzerland growing up and is paying it forward as an adult, said rewards go both ways: “Our family loves culture and developing lifelong families,” Carey said. “It just brings joy into our lives.”

And Lucia, who arrived last July, has been a delight.

Carey describes a thoughtful, kind girl who is both a whiz at science and math and a talented artist, winning a statewide school photography award while in Tupelo. Lucia embraced the chance to explore New York, Los Angeles, Chicago and Nashville with the Snyders; and best of all formed a special bond with Carey’s daughter: “They’re best friends,” Carey said. “Watching that bond grow and knowing my daughter gained another family member is amazing.”

So when the accident occurred, Carey’s first thought was the same as for any family member: find the best care possible. Paramedics took Lucia to a hospital in Tupelo, but doctors deemed her badly broken feet too severe and sent her to Regional One Health.

At the trauma center, not only did surgeons perform the complex procedures to repair her feet, Lucia met a team of doctors who found new ways to ease her pain.

It was important to Carey to avoid opioids – “There’s a difference between saving someone’s foot and saving their foot but sending them home addicted to narcotics,” she noted – and found she shared a mindset with the forward-thinking Acute Pain Service led by Jerry Jones, MD. Dr. Jones uses game-changing procedures called continuous peripheral nerve blocks, where a tiny catheter delivers local anesthetic to numb nerves in an injured area. The medicine is effective but not addictive – it’s similar to what dentists use – and can reduce or eliminate opioids.

For Dr. Jones, it’s a way to tackle the addiction crisis at its roots: if a patient is never exposed to opioids, they won’t depend on them. Furthermore, patients avoid opioid side effects and are alert enough to participate in rehab, thereby healing and leaving the hospital more quickly.

For Carey and Lucia, it was a godsend medically and emotionally. Carey pointed to Dr. Jones and colleague Blas Catalani, MD as the highlight of their time at Regional One Health, noting the doctors saw not just a patient, but a 16-year-old far from home. 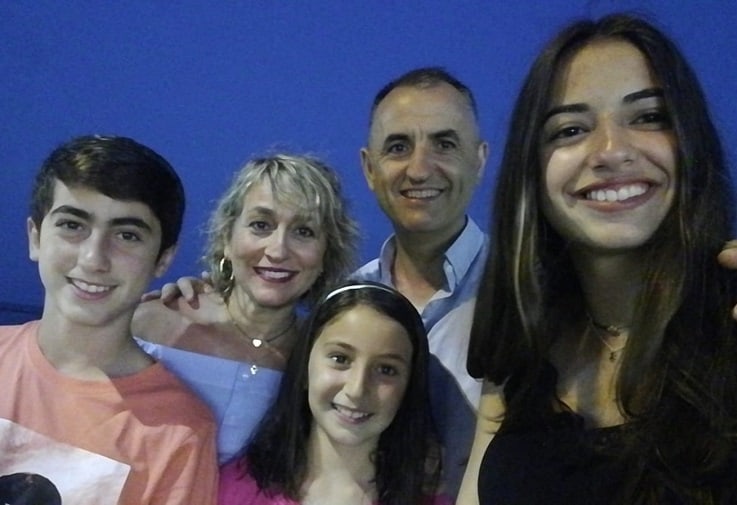 Lucia feels blessed to have the love and support of two families – the Snyders and her mom, dad and siblings in Spain.

Although Lucia’s dad Miguel arrived shortly after the accident and Carey offered plenty of love and support – “She’s my girl, and she knows I’m going to take care of her,” she said – Dr. Jones and Dr. Catalani knew Lucia was in a tough situation and went out of their way to lift her up.

“They were unbelievable. It’s not just that they’re excellent at their jobs, they engaged with her and made her happy,” Carey said.

“Lucia was making bracelets, so they asked her to make some for them and said they wouldn’t take them off until she was walking. It made her feel needed.”

Meanwhile, the nerve block worked exactly as intended. Lucia was active and alert, not lying in bed risking bedsores, infection and depression. Carey noted Dr. Jones even sent Lucia home with a pain pump – and his cell number so they could reach him. 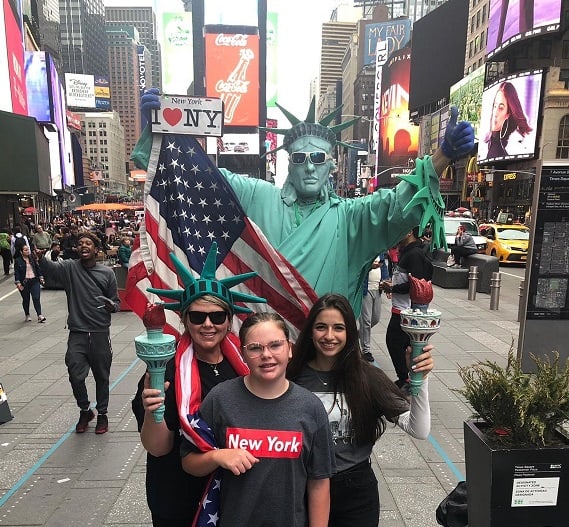 Now, Lucia expects a full recovery and will return to Spain for two years of high school before starting college.

She plans to visit the country that broadened her horizons and the family that opened its hearts: “I want to come back every summer. I love them like family,” she said.

Carey, meanwhile, is excited to see what’s next for a young woman who she guided through some big life lessons. “She’s getting a lifetime of strength and knowledge and wisdom,” she said.

“This may make her strong enough to do something she never thought she could do. I tell her if you handle it and make it to the other side, that’s part of your story and part of your strength.”

Carey also hopes success stories like Lucia’s lead to a bright future for Dr. Jones and the Acute Pain Service. “He is doing some of the best work in the hospital, and some of the most proactive, long-term care a doctor can do. I hope he’ll have more and more support for what he’s doing.”

To support groundbreaking work like that being done by the Acute Pain Service and Dr. Jones, visit regionalonehealth.org/foundation.