Suzana Lightman knows tragedy can strike in an instant, and that it can happen to anyone. It’s a sobering notion, but one she uses as a force for good.

Suzana learned that lesson on what started as a happy, relaxing evening. She and husband Michael had invited friends over and were hanging out in a backyard treehouse, where Michael had recently installed a commercial-grade zip line. 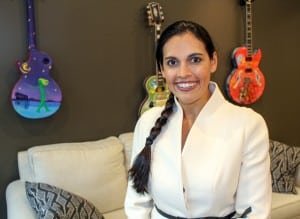 Suzana Lightman was introduced to Regional One Health when her husband was a trauma patient. Today, she’s giving back by co-chairing the ONE Night gala.

It appealed to his sense of adventure, and he wanted to demonstrate the fun. “He didn’t think things through, and jumped on without the safety harness,” Suzana said. “He was briefly in the air gaining speed when he lost his grip and fell to the ground. It knocked him out cold.”

She remembers her children’s terror; the paramedics declaring Michael a Level I trauma patient. They rushed him to Regional One Health’s Elvis Presley Trauma Center.

That was five years ago, and it still stands as a moment of clarity for Suzana, who was inspired to volunteer for the Regional One Health Foundation.

This year’s gala, the primary fundraiser for the Foundation, is Saturday, April 13 at 6 p.m. at Memphis Cook Convention Center. R&B legends and Grammy award winners Chaka Khan and Billy Ocean will entertain on a night of powerful philanthropy.

“We had been lucky and never really experienced an emergency or trauma,” she said, but that night, they learned Michael had broken his back and needed care to protect his spinal cord.

As Suzana waited by his side, “There were patients coming through, and I could hear the grief and the pain everyone was going through. These were all Memphians, many hanging on by a thread,” she said. “The emergencies I witnessed did not come by choice, and it could happen to any of us. I gained a whole new perspective of Regional One Health and the need for the best equipment, staff and innovation so every Memphian has the best chance for survival.” 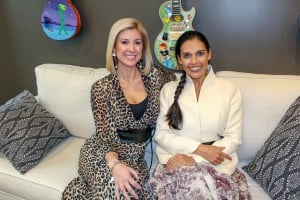 Suzana and ONE Night co-chair Jennifer Hobson are pouring their energy into planning a fun, energetic party that embraces Memphis’ great food and music.

Michael recovered, but that feeling stayed with Suzana, a lifelong Memphian who has always supported causes that improve the city for everyone. She helped the Memphis Symphony Orchestra introduce classical music to new audiences; fundraised for the Brooks Museum of Art; led the Memphis Love Challenge to encourage random acts of kindness. She works on national efforts as well, getting her kids involved – her daughter’s interest in orphaned elephants led to Suzana helping bring actress Kristin Davis to town to raise awareness.

“Philanthropy has been a gateway to meet different people from diverse backgrounds,” she said. “I never cease to be amazed by how caring and giving Memphians are. We want to lift each other up and we want our city to succeed.”

Suzana always had an appreciation for the Medical District and healthcare field thanks to her father, a pharmacology professor at University of Tennessee; and her education at Christian Brother’s University, where she majored in biology. After Michael’s accident, the Regional One Health Foundation seemed a natural place to help.

ONE Night is one of the biggest undertakings, and it showcases philanthropy, Memphis-style, Suzana said. “We make it fun! We love good food, music and entertaining, and we embrace individuality. I love the moment you see over 600 people all dressed up from all over our community getting together for a good cause.”

It’s a lot of work, but Suzana balances charitable pursuits with personal passions.

She loves to read, and was inspired to volunteer for ONE Night by Viktor Frankl’s Man’s Search For Meaning and its message about discovering the meaning of life.

Her entire family plays tennis – “You can usually find a Lightman on a tennis court!” – and she and Michael find joy in watching their children, Sienna and Aiden, do activities they love.

The Lightmans are also avid travelers, a passion Suzana developed as a child when she joined her father on the lecture circuit.

“It opened my eyes to how the rest of the world lives. It’s something I wanted to make sure my children have the opportunity to do,” she said, adding she’s been impressed with how adventurous Sienna and Aiden are. 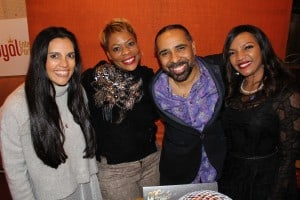 Suzana is joined by Edwyna Jones, Royal Studios owner Boo Mitchell and Thea Adell at a party to announce Chaka Kahn and Billy Ocean as this year’s ONE Night entertainment.

On her own first trip overseas, to Japan, she attended a beautiful dinner – but at just 5, she wasn’t interested in the traditional dishes. A kind waiter went across the street to get her McDonalds.

Now, with Suzana carrying a camera to document memories and natural beauty, the Lightmans seek out adventure in Wyoming, Utah, the Adriatic Coast, Italy, etc.

“This summer we went to the Italian Dolomites. We would wake up early and hike 14-16 mile days in the Italian Alps. The preserved beauty is unreal, and the trip helped us grow. The children pushed their endurance limits and tried new foods, like cooked snails – which I would have never tried at their age!”

While they love seeing other worlds, they adore coming home. “Even though Memphis is a large city, it has a small-town feel,” Suzana said. “The more involved you are in something you’re passionate about, you can find a group with similar passions that will embrace you.”

That love of community makes Suzana eager to see the impact of ONE Night. “Anyone who has a traumatic emergency deserves the best chance of survival so they can go home to their families,” she said. “It’s rewarding being part of an organization that is there to support the life of all Memphians whenever that need may arise.”

Visit https://one.bidpal.net/onenight2019/welcome to get your ONE Night tickets today!