Adam Willingham remembers working in his yard September 8, clearing a dead tree near where his wife parks; he’d worried it would fall and hurt her.

He remembers his dad Jack yelling to him, then leaning over him, telling him not to move. Then, it gets foggy.

A 250-pound branch had struck him, fracturing his lower back, breaking 10 ribs, shattering his clavicle and shredding tendons and ligaments in his knee. Adam’s injuries were so devastating he was airlifted to the Elvis Presley Trauma Center from Olive Branch. 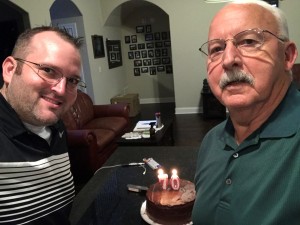 With the help of Regional One Health and Dr. Jerry Jones, Adam Willingham was back home after a serious accident in time to celebrate his dad Jack’s 70th birthday.

“I remember little pieces: My dad yelling, ‘Watch out!’ as the branch came down; him saying, ‘Don’t move’ after it hit me. I don’t remember the helicopter ride to the hospital.”

He’d stay seven weeks, undergoing multiple surgeries. The difficult time was made harder by another struggle: “I had a drinking problem, so I was on a shot that blocks you from feeling drunk. The thing is, it also blocks the opioid response, so pain medication wasn’t working.”

It was excruciating. The ribs were the worst: breathing or coughing sent pain ricocheting across his chest. He worried nothing could be done.

But “nothing can be done” are words Jerry Jones, MD, Division Chief of Regional Anesthesia and Acute Pain Medicine, refused to accept.

Kenneth Spart, Acute Pain Service Nurse Practitioner, was the first person Adam talked to. “I told him the medicine wasn’t working, and we talked about why,” Adam said. “Kenny collaborated with Dr. Jones, and everything started to change.”

Dr. Jones is a pioneer in using Continuous Peripheral Nerve Blocks, which numb nerves that control pain in the affected area. They can be used on virtually any part of the body for injuries, surgery and even recurring conditions like wounds from sickle cell crisis.

Using ultrasound, doctors guide a needle to the location needed to reach the nerves and turn off the pain sensation. They insert a tiny catheter to supply anesthetic for continuous relief during the acute pain period, often delivered from a disposable pump so patients go home sooner.

It makes pain manageable and keeps patients alert. For Adam, “It didn’t take it from a 10 to a zero; it made it tolerable. It let me get out of bed and start walking.”

That helped him complete the rehabilitation he needed to get home in mid-October. Today, “I’m very fortunate. I can walk, I don’t have any bags hooked up to me, my dad is here to help. I expect to recover 100 percent.”

Adam continues physical therapy, and in free time works on projects: “I can still take care of things around the house. My thinking is once I can reach it, I’m going to work on it.”

And he hasn’t lost his sense of humor. Describing his goals, he jokes, “I won’t be a leg model anymore,” and said he’s eager to regain full independence.

He thanks Dr. Jones for finding a way to help. “I was in the Army for 13 years, and had a lot of surgeries. They’d prescribe Percocet or Oxy. What’s incredible at Regional One Health is you have another way of doing it. I hope more people go that extra step so patients get relief without becoming addicted.” 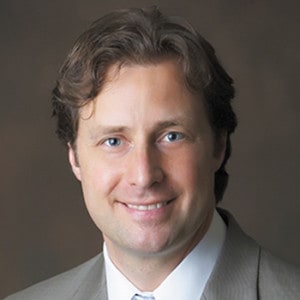 Dr. Jerry Jones is at the forefront of using a revolutionary treatment, Continuous Peripheral Nerve Blocks, to ease pain without opiates.

Years ago, he said, patients suffered too much pain, so liberal opioid prescription became standard.

Now, the medications are everywhere: Dr. Jones recalls a gathering where someone complained about a backache; six different people offered him six different pills.

Opioid side effects include respiratory depression, nausea and over-sedation, and the epidemic of addiction is undeniable: Patients prescribed under a week of opioids for the first time are more likely to be long-term users in a year.

For patients with preexisting addiction, “I don’t want them to take a single pill, because that could be the trigger,” Dr. Jones said.

Still, he faces enemies like resource constraints, providers who feel nerve blocks require more work, lack of familiarity. He hopes victory lies in education, new protocols and impressing upon leaders that the financial and human cost of opioids is too steep.

“We have a huge opportunity at Regional One Health,” Dr. Jones said. “I’m as excited as I am frustrated. We’re fighting an uphill battle, but one that’s absolutely necessary.”

Adam agrees. “Their genuine care and willingness to work with their patients should be cascaded throughout all hospitals. I can’t say enough about them. They did a hell of a job.”

To support the work of Dr. Jones and others, donate to the Regional One Health Foundation. 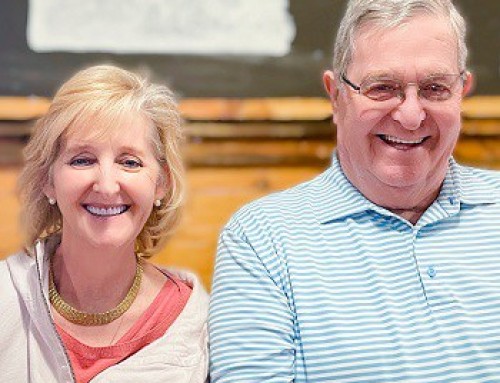