Randa Rosenblum is involved with the Regional One Health Foundation as a donor, ONE Club member, and NICU volunteer.

She says her service at the hospital, especially supporting NICU babies and nurses, is one of the most meaningful aspects of her life.

Randa encourages others to get involved at Regional One Health, noting it is truly a way to improve lives in our community.

Randa Rosenblum has had decades of success in the Memphis business community, both in the corporate world and with her family’s promotional products company, Ideas Unlimited.

But more often than not, people who know Randa know her first as a volunteer – which is fitting, considering public service is her driving force.

“It’s such a fulfilling part of life for me,” she said, noting the roots of that are in her Jewish faith. “It’s a very strong value in Judaism, and the highest form of doing mitzvah, or good deeds, is caring for someone even if they can’t give you anything in return.”

That is a value Randa puts into action at Regional One Health as a volunteer and donor.

“Regional One Health touches almost every life in Memphis,” Randa said. “It is such a valuable aspect of our community because of the magnitude of services it provides, and because it serves the underserved. If we didn’t have Regional One Health, where would people go?”

The path that led Randa to volunteer at Regional One Health started when she was a teenager. 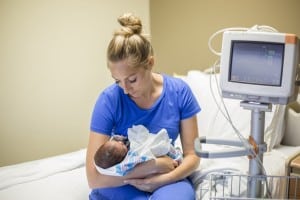 In the Regional One Health NICU, volunteers like Randa help by rocking and feeding babies and supporting nurses.

As a freshman at White Station High School, she joined a Jewish organization that introduced students to volunteer work. One of their community service projects was to throw a Valentine’s Day party for a daycare at a housing project.

Randa was hooked. “The kids were just hanging on us and having so much fun and thanking us, all for something so simple. I absolutely loved it, and I feel that way every time I volunteer.”

After college and graduate school, Randa entered the corporate world. She continued to give back, but with 50 weeks of international travel a year, she focused on event planning rather than projects with an ongoing commitment.

Eventually, “I had somewhat of a spiritual epiphany and realized I didn’t want to continue on a corporate path,” she said. “I woke up one day and said, ‘Oh my gosh, I don’t travel anymore.’”

It allowed her to explore volunteer opportunities she could do on a regular basis. Regional One Health is one of the places that caught her attention.

A longtime friend, Susan Arney, had recently helped the Regional One Health Foundation host its inaugural ONE Night gala to benefit the hospital. She asked Randa to get involved, and Randa has spearheaded the food and beverage portion of the event ever since.

Randa also joined ONE Club, Regional One Health’s women’s auxiliary group; and supports the hospital as a donor, including making Ideas Unlimited a title sponsor for the ONE Mile race.

Randa says the hours she spends in the NICU bring joy and meaning to her life: “I love being there to give love and support to the babies and to the nurses, who are just amazing.”

Still, Randa wanted to play an even more hands-on role. Regional One Health’s NICU, founded over 50 years ago by Dr. Sheldon B. Korones with the goal of giving every baby a chance at a healthy life, seemed like an ideal opportunity.

Randa now volunteers in the NICU every week, doing everything from rocking babies to changing diapers to helping nurses. “I have known about the NICU at Regional One Health my entire adult life. Dr. Korones was a member of the same synagogue I went to, and I grew up with his kids,” she said. “I love being there to give love and support to the babies and to the nurses, who are just amazing.”

She says it is a chance to be in the moment; to become whatever person a baby or nurse needs at a given time.

Having experienced the rewards of giving back at Regional One Health, Randa urges others to get involved. “Give, give, give whatever you can, whether it’s time or money,” she said. “When I stop and think about the services Regional One Health provides, how could I not help?”

As Randa has discovered, helping at Regional One Health has a huge impact – both on the health care system’s ability to continue providing exceptional care, and on her personally.

“When I make donations, I look at return on investment, and I find that Regional One Health has a large return. You can truly make a difference,” she said. “I also find it incredibly healing to be of service. Those hours in the NICU permeate every aspect of my life – there is nothing else that jumps in my heart like being of service to those nurses and those babies.”

Visit regionalonehealthfoundation.org to learn how you can support the lifesaving, life-changing care Regional One Health provides for our community. 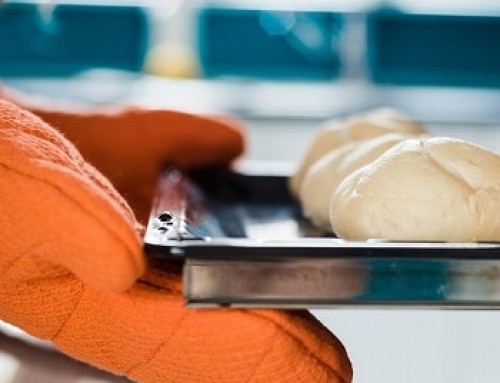