When Douglas Gordon first met Betty Joyce Elkins at Regional One Health, a struggle with addiction had brought him to a point where he wasn’t taking care of himself.  “I’d lost jobs, lost friends, I was homeless, my family was saying, ‘We’re about done with you,’” Gordon said. “I was afraid I’d get so sick I wouldn’t be able to recover, and I didn’t want that for myself.”

What he wanted was simple: A provider who listens. Someone who lets him advocate for himself. Someone who cares. But finding those things can feel like searching for the Holy Grail. 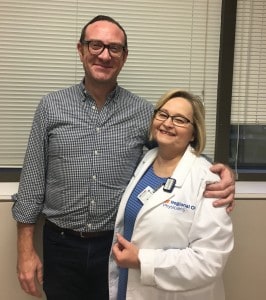 Douglas Gordon wanted a healthcare provider who listens and lets him take an active role in improving his health – and that’s exactly what he found with Betty Joyce Elkins at Regional One Health.

For Gordon, that search ended when he met Elkins, MSN, FNP-C, a Family Nurse Practitioner at Regional One Health. They have built a relationship that Gordon says is crucial to his treatment for HIV, as well as ongoing recovery for addiction and addressing mental health concerns.

“I feel comfortable telling her anything, without any judgment,” Gordon said. “She listens. She’s patient. I feel like I walk in there, and there’s a friend.”

He met Elkins three years ago. A Clarksdale, Mississippi native, Gordon had moved to Memphis from New York City, drawn back to the Mid-South after 12 years for the lower cost of living and hope that coming home would help him overcome addiction.

But after a couple years, he had realized his drug use wasn’t tied to location: “I’d found it here, too,” he said. “I had to address what was causing it.”

When he was referred to Regional One Health, he was skeptical – afraid he’d become a number in a large system. In New York, he’d had a doctor who supported him taking charge of his care and advocating for himself, and he needed that kind of relationship to thrive.

Elkins was open to that. “She’s willing to put in the work to help,” Gordon said, and so are the nurses who take his vitals, lab technicians who draw his blood, staff who schedule his appointments, etc. “They know me by my first name. They follow through and take time with me. I feel that I’m important and they are genuinely concerned about me.” 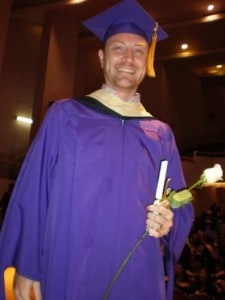 Gordon earned his master’s in social work before addiction took him off course. Now, with the help of the care he received at Regional One Health, he looks forward to rediscovering himself.

For Elkins, who has been a nurse for 40 years, that’s simply the way other people should be treated.

“You have to be empathetic and sympathetic. If you can let someone know they are worth something and worth improving, that makes a big difference,” she said. “My motto is, ‘Meet the patient where they are.’ If they’re in the pit, you need to climb in with them and pull them out. If they’re on top of the mountain, you need to celebrate with them.”

She said Gordon’s honesty makes that easier. “Every time he saw me, he was completely upfront about his struggles,” she said. “When patients know I’m not your judge and I’m not your jury – I’m here to see what you need from me today – that makes it easier.”

Gordon said Elkins has shown herself time and again to be an ally in his care. She changed his HIV medication because she was worried about side effects like kidney damage; early on, if a blood test showed substance use, she told him she believed in him and asked, “What can we do?”

Meanwhile, his case manager, Shanndolyn Richardson, helps him set appointments and makes sure he’s able to attend. “She’s so informative, so helpful, and always patient and supportive,” he said. “She allows me to vent, and she allows me to set goals.”

Regional One Health pharmacists make it easy to get his medications, and if he needs to see a specialist, he’s had no problem setting up appointments. Even the wait times aren’t bad, he said – and if a provider is delayed, the staff always lets him know why.

Elkins said that sort of patient-focused service is the goal: “All of the practitioners are all about the patient and getting what they need. There are a lot of hugs. That’s how we start our visits.”

For Gordon, it’s fostered an environment where he can participate in improving his health, and it’s paying off. His HIV Viral Load and T-cell counts are healthy. He is doing well in his treatment for addiction, working with an excellent sponsor. He has a place to live that he likes and a job where the management supports his recovery.

Making that sort of difference is heartening for Elkins. “I’ll admit it – I have days where I don’t think I can do it. But once I’m in that room with my patients, I’m glad I’m there and glad I can help. It’s amazing to see them improve not just physically, but mentally and socially.” 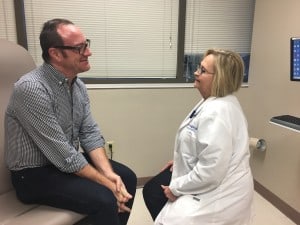 In Gordon’s case, he’s ready to rediscover himself: someone who made the brave choice to move to New York City shortly after the 9-11 attacks, who earned a master’s in social work, who had a tight-knit group of friends who inspired and motivated him.

“Before I started using, I had really good friends. I traveled. I went to museums. I went to concerts. When I earned my degree, I was so proud of myself,” he said. “After I started using, I didn’t care who I spent time with. I was spending $600 a week on drugs. I got carjacked, and it still didn’t stop me. I’d just lost myself.”

He’s grateful for another chance, and ready to accept where he’s been and let go of blame. He’s even able to reach out to others in need – his heart of a social worker hasn’t changed.

When a friend shared concerns about reconnecting with an HIV-positive loved one, he revealed his own status to help her overcome her fear – and cooked the family dinner and offered himself as a sounding board. “It feels good to be of service to someone else and give them skills to advocate for themselves,” he said.

That’s precisely what Elkins has done for him, Gordon said: “They’ve given me faith by taking an interest in my care. I have a team of cheerleaders. I have hope my life is going to change, and I’ll rediscover who I am. The hope is there, and I have a desire to make it happen.”

To support the work of physicians like Elkins, visit the Regional One Health Foundation online at www.regionalonehealth.org/foundation.