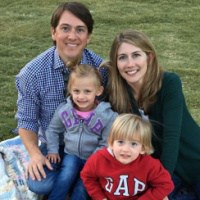 Mark and BJ were overjoyed when they learned they were having twins, who were delivered in the High-Risk Obstetrics Program at Regional One Health.

Do you believe in miracles? BJ and Mark Mazurkiewicz of Corinth, Mississippi, certainly do. After a long struggle with infertility issues, the couple received the first of several miracles when they learned they were going to be the parents of not just one, but two precious babies.

Even though carrying twins is usually considered a high-risk pregnancy, everything seemed normal and on target throughout the first trimester. During an ultrasound at 26 weeks, Mark and BJ were overjoyed to learn they were having a boy (Henry) and a girl (Harper). However, their joy quickly turned to concern when the ultrasound also revealed that Harper was not growing at a normal rate.

They were referred to a specialist in Jackson, Tennessee, where Harper was diagnosed with a condition called intrauterine growth restriction (IUGR) that prevented her from receiving the proper amounts of nutrients, oxygen and blood required for normal growth. Before they could recover from this devastating news, they were told Henry had a large mass growing on and covering his chest cavity, called a congenital-cystic-adenomatoid malformation. 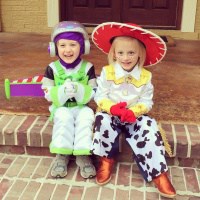 To ensure the babies received constant monitoring during the duration of her pregnancy, BJ was admitted as a full-time patient in the High-Risk Obstetrics Program at Regional One Health.

“While it was difficult for BJ to spend five long weeks in the hospital, we knew we were in the best place for Henry and Harper,” said Mark. “Each week that passed increased the twins’ chance for survival, so our prayer became – God, please give us one more week.”

Mark added, “As the doctors prepared us, they said Henry may never take his first breath since the tumor was taking up so much of his right chest cavity, displacing his heart and left lung. We knew it would take a miracle for him to survive.”

Five weeks later, on May 11, 2012, the family received the miracle they had been hoping and praying for when Dr. Jacques Samson successfully delivered the twins at 32 weeks. Henry was born first, weighing a whopping 3 pounds, 14 ounces. A few minutes later, he was joined by Harper, weighing slightly more than 2 pounds.

“2011 was a year of trials and miracles for our family,” said BJ. “The day the twins were born will always be the scariest but happiest day of my life. This day might not have turned out the way it did without the amazing care I received at Regional One Health’s acute care hospital, Regional Medical Center. While I was familiar with the hospital system’s life-saving Sheldon B. Korones NICU, the High-Risk Obstetrics program is more of a hidden jewel.”

As BJ and Mark prayed for yet another miracle, the world-renowned physicians at Regional Medical Center’s state-of-the-art Sheldon B. Korones Newborn Center went to work.

Henry’s tumor was larger than doctors had anticipated and his lung was more underdeveloped than expected, so he was placed on an oscillator to help him breathe. Harper was having problems with her digestion, which doctors feared could be fatal if her intestinal tissue began to die.

Miraculously, both of the twins pulled through and today, they are full of life and energy and recently celebrated their third birthday with adoring family and friends – a miracle indeed.

BJ and Mark are grateful for the live-saving care the twins received. Mark said, “We are Regional One Health fans for life and cannot say enough about the exceptional care our family received during the most devastating time of our lives. We are extremely grateful for Dr. Jacques Samson, who delivered our babies, and Dr. Joi Samson, who cared for them throughout the entire journey.”

You can be a part of creating miracles for families like the Mazurkiewicz’s through your tax-deductible donations to Regional One Health Foundation.